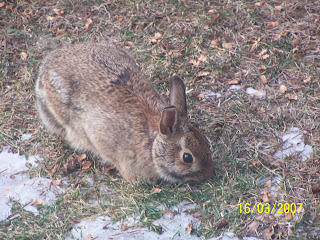 Well, we saw our first fisher across the canal yesterday - exciting but worrying, since we learned that they like to eat cats, as well as porcupines, squirrels and chipmunks. Jaxon said, "Well the squirrels can have more babies but we need to keep our cats around awhile"!
So, I guess we'll develop the Flannagan Family alert horn or something to round up the cats everytime danger approaches? I don't know how we're going to keep them in on warm summer evenings. I guess we need to research fisher hunting/feeding patterns now.....makes me nervous. We have also seen coyotes up on the parkway but not down by the water yet. I keep hoping the fact that we have ALOT of little critters around means that there are no massacres going on.....I can only hope. 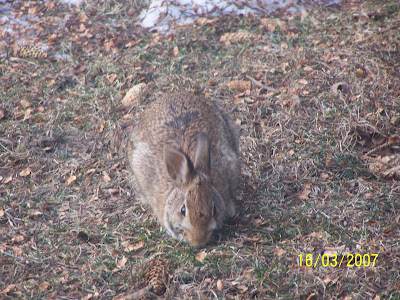 This morning we were greeted by a two bunny friends. One was about three feet from our sliding doors in the living room, so we took a lot of fuzzy pictures and movie footage through the window:) It was having a real feast around the pine cones and needles and such. A chipmunk was hanging out on the step right under our noses, surveying the scene. Neither one was startled by the other.....not even when chippy's friend came along and they played some tag for a moment....the rabbit just kept on munching.........yes, this is why I brought the kids to the forest! 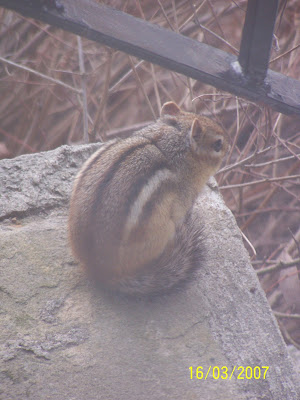 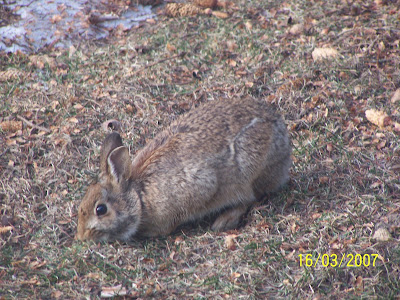 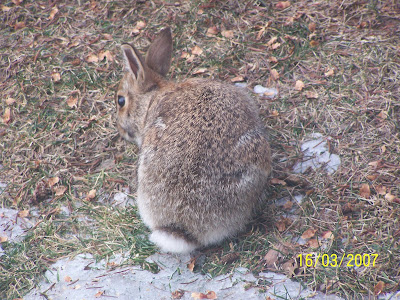 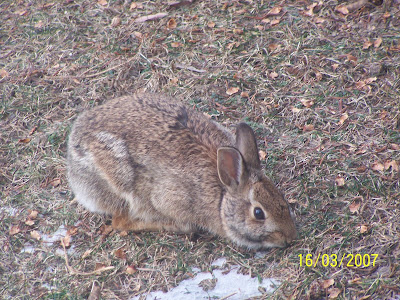