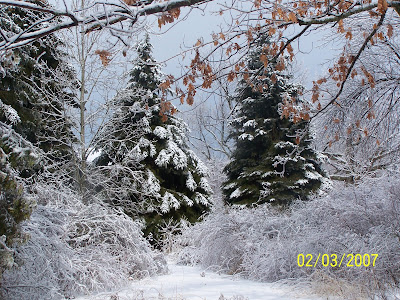 Well....we are finally in our new house and REALLY enjoying a true Canadian winter this year.(We even have a castle nearby, ha, ha!) 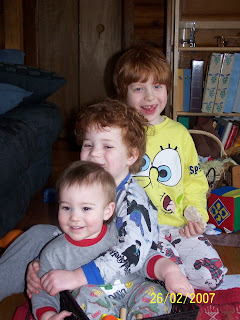 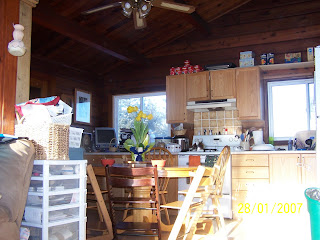 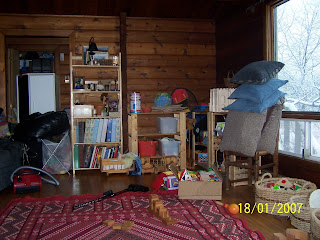 The boys have had great fun with their cousins (who live just 25 minutes away, for the first time ever - yeah!) tobogganing at a great hill just down the lane and skating on the canal in front of the house. 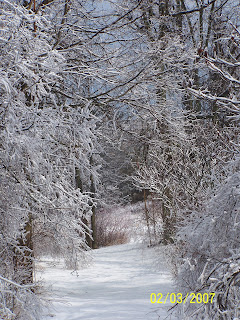 We love to follow tracks - bunny footprints leading up to a hole in the snow - deer, lots of chipmunks and squirrels.....we have also spotted a red fox and a falcon fluttering in the tree beside the van, desperately trying to get a grip on the poor chipmunk it had found for lunch! 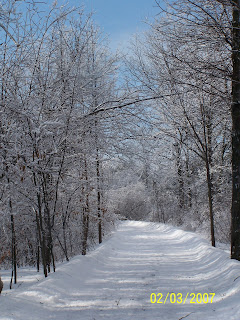 Two days ago there was a freezing rain "ice storm", which blanketed all the trees and began to melt shortly thereafter in the blazing winter sun. The sound of the the ice chunks falling was quite loud, following by the trees 'raining' down the rest of the melted ice - luckily the sun saved most of the branches, with only a few small ones breaking off under the weight of the ice. 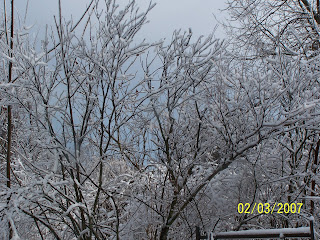 It was mild enough (+2 or 3?) for Se to take off his mitts and play with the snow, dragging a fallen branch along as I pulled him in his little purple sleigh. He's going to love spring/summer here in the forest when he can trot down the lane - right now he pretty much has to sit in the sleigh. He can't really get very far in the snow on his own. 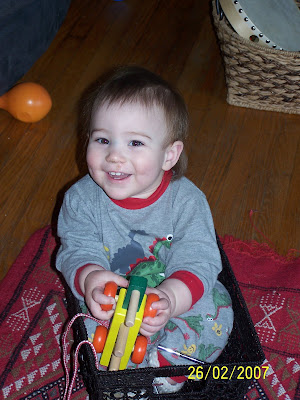 Jaxon was experimenting with how much water would come from the snow he was scooping into his water bottle once it melted and perfected a snowball forming technique with the tool for molding clay - just right for the freshly fallen wet snow of that day. 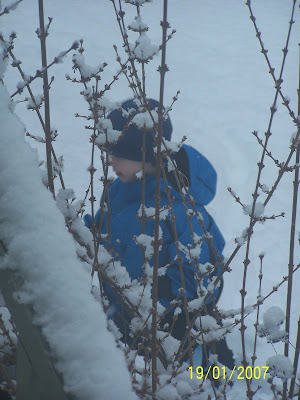 Bailey and Jaxon both love to climb the 30 ft rocky hill in front of Blu and Douglas' house (owners of property we live on who have lived here for over 40 years and raised their THREE BOYS here!). They live just down the lane from our house, around the corner from their small marina - named after the Blue Heron that apparently visits our front dock daily in the summertime. Bailey loves to watch Douglas plowing the laneways with little red tractor with the plow on the back - he can't believe Douglas' luck to play on that everyday! 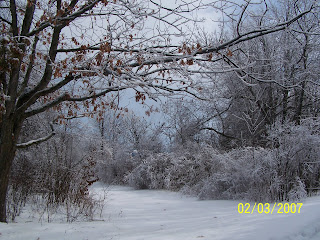 We still have about a foot and a half of snow left and hope it holds out a little longer for our winter wonderland playground here in Ivy Lea....spring will come soon enough and we are ready with our waterproofs and wellies we stocked up on before leaving England (www.muddypuddles.co.uk)!!! 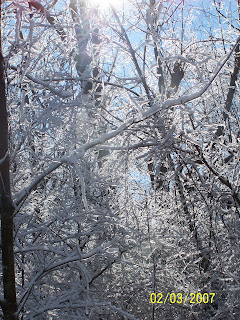 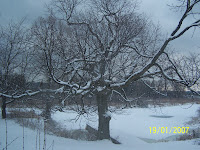 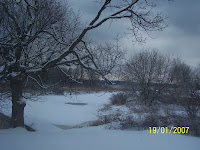 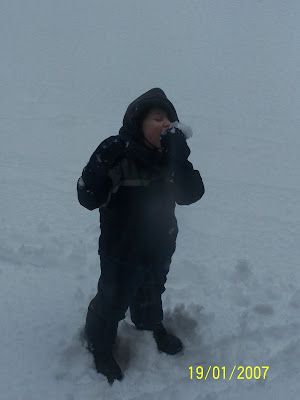 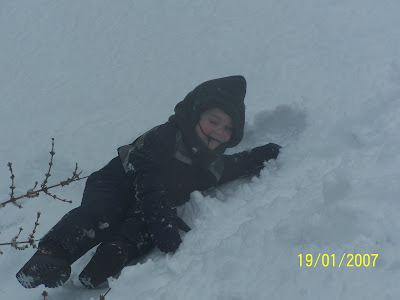